WHERE OUR STORY BEGAN, PART TWO

WHERE OUR STORY BEGAN, PART TWO

There were several terraced houses built on the site here during the 18th century. 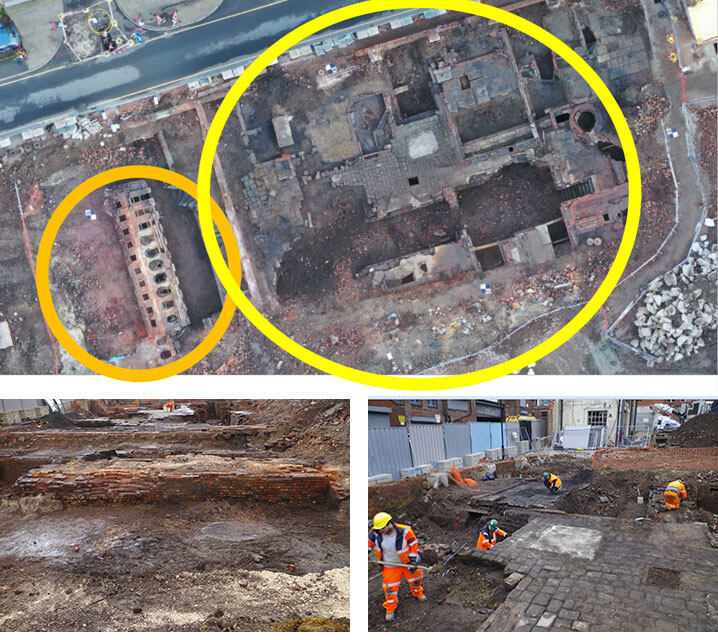 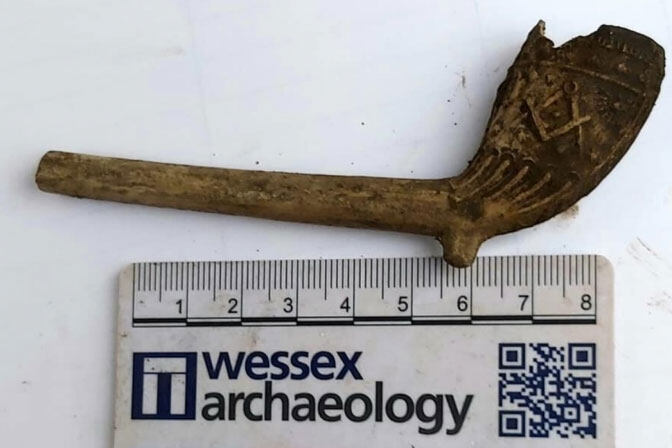 19th century steel working buildings were found here on site, including a large crucible furnace, which is pictured above (circled in orange in the above photo): Crucible furnaces were used for Crucible steel, which was invented by Benjamin Huntsman – a clock maker who moved from Doncaster to Sheffield in 1742 when he was 36 years old. He later began producing steel, in 1751.

These furnaces were used to create intense heat to quickly transform ‘blister steel’ into a steel we would recognize today.

The furnace (pictured above) had spaces for 12 crucibles, and included remains of a deep air cellar, and ‘teeming pits’ (where steel was poured into ingots and allowed to set).

This period also incorporates the birth of the famous Pointer Dog ‘’Stanch’’: 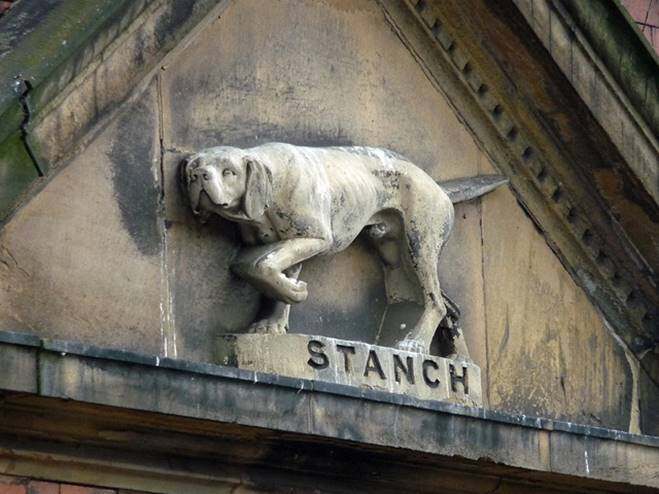 Stanch still resides in his original location on Bailey Lane. He stands proudly above the doorway of J & Riley Carr Ltd & has guarded this doorway since 1806, being the trademark of J & Riley Carr manufacturing company for 148 years.

J & Riley Carr Ltd originally dealt with the merchanting of steel, then steel and saw fenders and eventually on to manufacture saws, files and machine knives too.

An example of a file made at Riley & Carr (the bottom piece):

Being such an important character to the sites heritage, the faithful dog Stanch and the original front of the building have been retained and lovingly restored, bringing Stanch the pointer dog into the 21st Century and onwards for many years to come as Steelworks breathes new life into this location.

Poor Stanch was boarded up and hidden away until his luck changed & the excavation and construction work began here in the last few years:

Mr Riley Carr himself died in 1865, leaving his son Riley Jr and his two younger brothers, each receiving two-elevenths of their father’s wealth – estimated at around £60,000. Riley Jr – still unmarried at 48 – suddenly became a rather eligible bachelor. He was married within a year to a twenty-four year-old girl from the house next-door. Riley Junior had four children before dying at sixty-two. He passed away on 2 Jun 1879.

By 1814 Steel trading companies in Sheffield were also involved in the operation of the cutlery and edgetool trades. Under its jurisdiction was over half the male workforce of Sheffield, all being in this industry.

The Steel trade also played a part in the birth of important waterways systems and buildings in Sheffield.

They partially financed a system of navigable inland waterways (Navigation and canal) in South Yorkshire and Lincolnshire.

They also twice helped to save local banks from collapse & the industry supported funding of a ‘’new’’ Town Hall (now called the Old Town Hall), located in Castle Street: 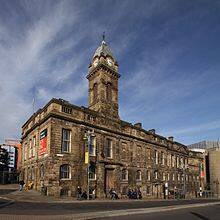 All in all, the Steelworks trade most certainly marked out a prosperous future for this magnificent city and we should pay homage to this by sharing it’s story with the next generation of occupants.

Steelworks today is a new chapter in the buildings of this city, particularly within the old Steelworks premises in Rockingham Street, where we offer stylish student apartments in Sheffield, with accommodation in studio apartments or cluster accommodation.

1. What dates did the bombing take place in Sheffield in the 2nd world war?
2. How many sons did Riley Carr have?
3. How often were fairs held in the middle ages?
4. How many banks did the steel trade save from collapse?
5. What breed was the dog in the blog?
6. What was the name of the clock worker who moved to Sheffield?
7. How many children did Riley Jr have?
8. What were the Germans intending to destroy in Sheffield?
9. What was Sheffield beginning to be known for in 14th Century?
10. How old was the woman Riley Jr married and where was she from?
11. What was the name of the company that the Dog was the trademark of?
12. What building in Sheffield was the Steelworks industry involved in funding?
13. What was the name of J & Riley Carr’s son?
14. What museums can you find examples of water powered blade & cutlery workshops from the late middle ages (in Sheffield)?
15. What year did the dog start guarding the doorway & what was his name?

Forge ahead at Steelworks