SteelworksBlogWhy is Sheffield such a great destination for Students?

Why is Sheffield such a great destination for Students? 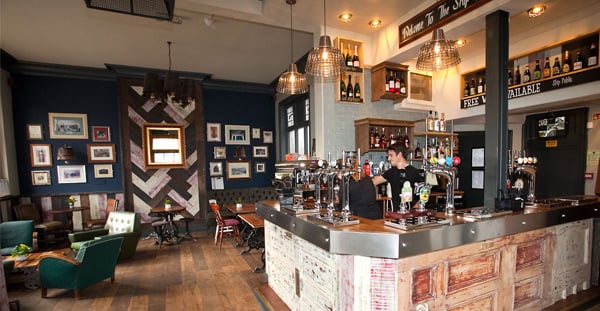 Why is Sheffield such a great destination for Students?

Why is Sheffield such a great destination for Students? 5 Reasons for coming to Sheffield

Sheffield is a great destination for students from all over the globe. Sheffield is full of history, music, sport, and culinary delights, with of course some great Universities, and close to some incredible scenery.
We list here some of the reasons why Sheffield should be top of your list:

Of course, times have changed in the way we socialise now, but outside of these times, Sheffield is renowned for great pubs, restaurants, and music venues.
The beating heart of student nightlife in Sheffield can be found at Kelham Island, a man-made island, once the heart of Sheffield’s manufacturing industry.

Kelham Island is a 15-minute walk from Steelworks, and here you will find great eateries, and micro-breweries, and the Kelham Island Museum, where you can learn all about Sheffield’s industrial heritage.
Head down to Bar One at University of Sheffield Students’ Union or the Hideout at Sheffield Hallam Students’ Union, both are great destinations for an affordable and buzzy night out.

Sheffield has a renowned Theatre scene. The Lyceum on Norfolk street is a 12-minute walk from Steelworks, and Sheffield also has the World-famous Crucible Theatre which hosts theatrical productions as well as being home to the World Snooker Championship since 1977.

Sheffield also has some great open spaces such as Devonshire Green, a lovely public space in the City centre between Fitzwilliam Street and Eldon Street, perfect for some outdoor reading or taking a socially distanced picnic with your friends. Sheffield also has the Peace Gardens, and the Winter Gardens, all readily accessible from Steelworks, in the centre of Sheffield.

The Peak District National Park became the first national park in the United Kingdom in 1951, and is an area of natural beauty, with sweeping views, hills and open spaces, perfect for a hike.

The Peak District is easily accessible from Sheffield, being only a short bus ride away.

The picturesque Towns of Matlock and Bakewell are close by and accessible from Sheffield City centre via bus, and a visit to Chatsworth house is also a must.

Sheffield is the home of Jessica Ennis Hill and The Crucible Theatre (see above reference: World Snooker Championship).
If football is your thing, you have Sheffield Wednesday (The Owls) and recently promoted Sheffield United (The Blades), who play at Bramall Lane, the oldest professional football stadium in the World!

There are some great gym facilities around the city and some amazing facilities and sports teams within the universities, so get involved.
Sheffield also has Ponds Forge International Sports Centre, which regularly hosts European swimming championship events, and is also home to the Sheffield Steelers, one of the UK’s top ice hockey teams.

With a rich and long history, The University of Sheffield was rated #5 in 2018 for the happiest, most fulfilled and satisfied students rankings, and is ranked as the overall 121st best University in the World.

The University of Sheffield can lay claim to 5 Nobel Prize Winners among its alumni, and is famed for its Arts and Humanities courses, being ranked 62nd in the Times Higher Education World University rankings in 2020.

Sheffield Hallam University (SHU) is one of the UK’s largest and most diverse universities. It is based on two sites; the City Campus is located in the city centre near Sheffield railway station (a 15 minute walk from Steelworks), while the Collegiate Crescent Campus is about two miles away in the Broomhall Estate off Ecclesall Road in south-west Sheffield.

Forge ahead at Steelworks